Evangelical Religion - Perhaps Not What You Thought!

First, an Evangelical is one who believes the Holy Scriptures to be God’s Word written.He holds that not only the thoughts of the sacred writers were inspired, but the very words that they wrote are the words of God Himself. Here in the Bible we have the fully inspired revelation of God’s truth to man.

Of the making of many books there is no end. There are millions of volumes in the world, many of them good, most of them bad. But they are all the compositions of men. They all reflect thought from within the mundane, immanentist framework of this world. None of them rises above the level of human thought. There is only one volume that is unique, distinct, different from them all, and that is the Holy Bible. Therefore the evangelical believer makes this the rule and arbiter of all else. This is the beacon that guides him through the world.

Thy word is a lamp unto my feet and a light unto my path. This is his sole authority in all matters relating to the soul and eternal salvation. Dreams and supposed revelations, the teaching of ministers and the pronouncements of synods have no weight with him unless they can be proved by most certain warrant of Holy Scripture: To the law and to the testimony: if they speak not according to this word, it is because there is no light in them (Isaiah 8:20). “Holy Scripture containeth all things necessary to salvation: So that whatsoever is not read therein, nor may be proved thereby, is not to be required of any man that it should be believed as an article of the faith, or be thought requisite or necessary to salvation.” (Article VI).

If you are not clear about it pray for guidance, seek God’s face, read His word, for in His light we shall see light.

Second, an Evangelical is one who believes in and knows the reality of the new birth,– that birth which is from above, of the Spirit of God. He has been born once naturally, into this world. But that is not enough if he is to be saved and equipped for heaven and the kingdom of God. For that he needs a second birth of which our Lord spoke to Nicodemus: Except a man be born again, he cannot see the kingdom of God…That which is born of the flesh is flesh; and that which is born of the Spirit is spirit; Marvel not that I said unto thee, Ye must be born again. Do not be surprised, it is an absolute necessity. The Prophets spoke about it, and there is no other way to be saved. And this new birth is not merely being baptised, or joining the church. It is a great inward, spiritual change of heart and mind and spirit. By it a man is made a new creature (or a new creation). Old things are passed away and all things are become new. He sees the world through different eyes. He embraces Christ by faith as his Saviour. He views God as his heavenly Father, and he recognises fellow believers as brothers and sisters in Christ. He is born into a new family, the family of the people of God. He knows new desires, aspirations; new affections, hopes and longings.

Third, an Evangelical is someone who believes in original sin, and the total depravity of human nature.That may seem to be a difficult thing to believe and hold. Are we to think that all men, the best, and our friends and relations are incapable of any good? No it does not mean that. But it does mean that our best is not good enough for God. That sin, to which the whole human race is subject, taints and mars the best of human works. That nothing we do can measure up fully to the holiness and perfection of God’s laws. That there is none that doeth good, no not one. And that we can never hope to save ourselves by our works and deservings. An evangelical believes that this must be taught and instilled into us because men and women cannot and will not see it for themselves, in the light of their own understanding. They will judge their works and thoughts on a comparative scale, in relation to sinful human beings like themselves, but not by the standards of God’s Word. Therefore the absolute standard of God’s holiness and righteousness must be taught. They must learn to see themselves as God sees them, in the light of Holy Scripture, and against the perfect life of our Lord Jesus Christ. Only then will they be brought to understand their real condition, and to see that the carnal mind is enmity against God; for it is not subject to the law of God, neither indeed can be. Only then will they be brought to see their need to be saved, not by themselves, but by another.

Fourth, an Evangelical is one who believes in the complete sufficiency of the saving work of Jesus Christ.That He is a perfect and unique Saviour, who is able to save to the uttermost those who come to Him. The reason for this is, that He alone was born without sin; He alone lived without sin; He alone fulfilled the righteousness of the law of God; He alone satisfied the claims of God’s justice. As the appointed head and representative of His people, He suffered and died for them upon the cross, He fully discharged the debt of their sins, made perfect satisfaction and atonement for them, in their place, as their high priest, and so set them free.

The work of redemption has been fully and perfectly accomplished. There is nothing more to be done. When he had by himself purged our sins, he took his seat at the right hand of the majesty on high. That is what an evangelical believes. And if you ask him, he will tell you that there is no other Saviour but Christ. No other sacrifice but that which He offered once for all upon the cross. No other priesthood, but that which belongs to Jesus. No other advocate or mediator with God, but Christ.

If you ask him what you must do to be saved he will answer, Believe on the Lord Jesus Christ, and thou shalt be saved. Nothing more, nothing less. It is a simple, clear, unmistakable message. A trumpet that gives no uncertain sound.

Finally, an Evangelical is one who believes in the final perseverance of the saints.He believes in the indefectibility of grace. Once saved, saved forever. He will experience times of doubt and uncertainty, and he will be tempted to unbelief. He will often fall, and fail his Lord, and know much weakness, fear and trembling. But he will not and cannot fail and fall away completely, because he is kept by the power of God, through faith unto salvation. Which means that the power and grace of God are continually fortifying his faith, and undergirding him. Though Satan rages he is secure, because he is one of Christ’s sheep for whom he died, and of whom he said, I give unto them eternal life; and they shall never perish, neither shall any man pluck them out of my hand. My Father, which gave them me, is greater than all; and no man [or thing or being in heaven or earth] is able to pluck them out of my Father’s hand. That is the truth upon which he can rely for time and for eternity. This is evangelical religion.

It is not much thought of today in the church. It has been largely eclipsed by other fashionable ‘isms’, – ecumenism, Anglo-catholicism, liberalism, charismaticism, modernism – but it is the religion of the Bible, of Paul, of Peter and John, of Augustine of Hippo, of Luther and Calvin, of Cranmer, Latimer and Ridley and Tyndale and all the Reformers. It is the faith of the Thirty-nine Articles of Religion. It is the true position of the Church of England, if she would but acknowledge it. But the great question is, Is it your faith? Do you believe these things? Are they written not just in the Bible, and in the formularies of the church, but upon your heart by the finger of God? I trust they are, and that at the general resurrection in the last day, all these things will be revealed, and we shall hear the voice of Jesus say, Come, ye blessed children of my Father, receive the kingdom prepared for you from the beginning of the world. Amen. 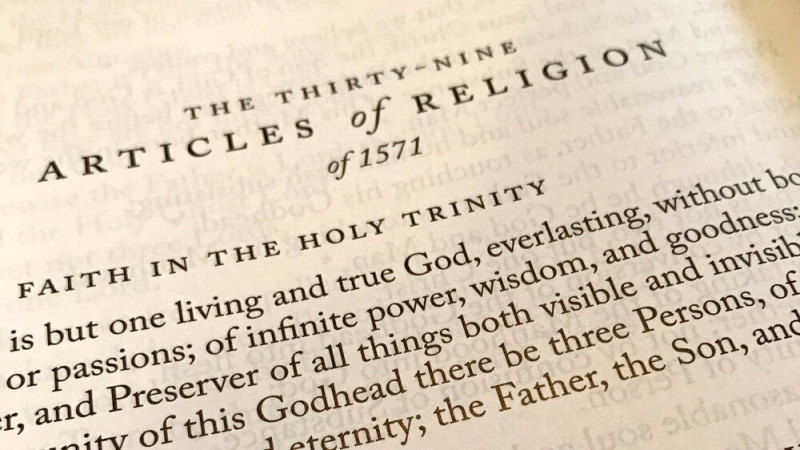 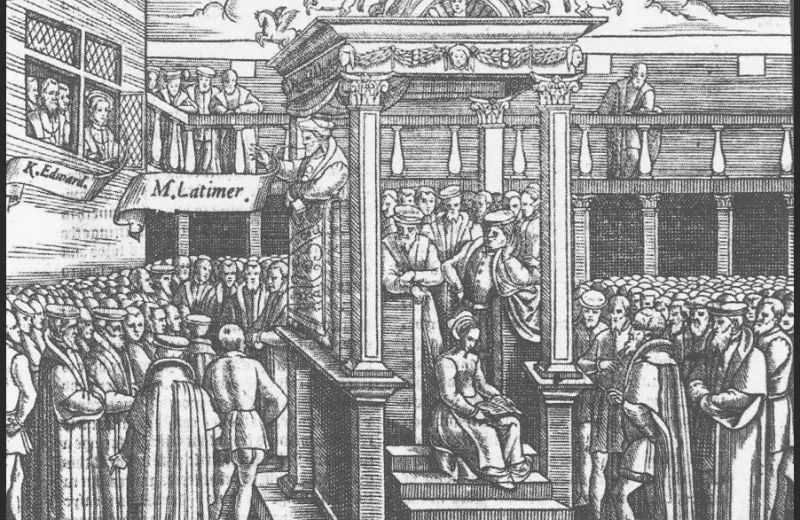 Hugh Latimer - Lighting the Candle That Will Never Go Out

A person’s life may be looked at from an almost infinite number of different angles. But when I look at Latimer’s life, what I see ahead of anything else is a life-story that seems to have been written to prove, beyond question, that God is sovereign over all affairs of men; that nothing can resist His will and that when the appointed time of blessing is come to a nation, He acts decisively. 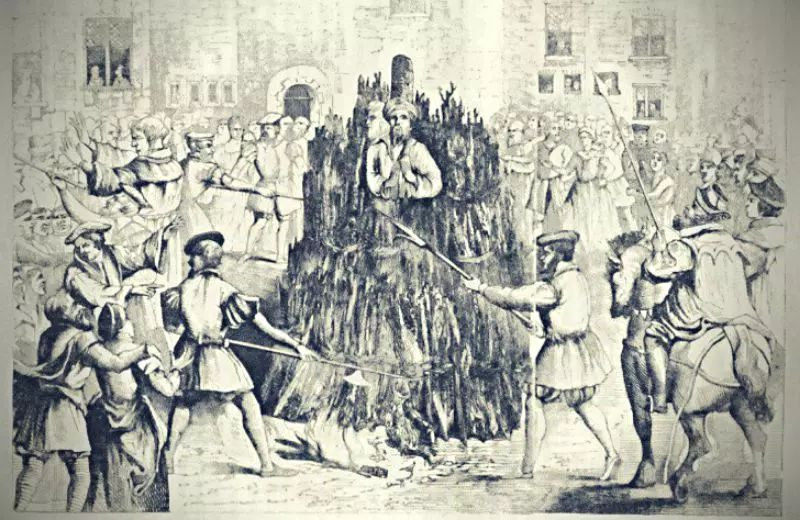 John Frith and the Claims of Truth

Since the days of the apostles, the church of Jesus Christ has had to contend with false teachers, and with the great damage that they bring. Anyone with even a superficial knowledge of church history knows that, very often, it is false teaching that appears to win the day. True religion is very often overthrown by those who pervert the Gospel of the Lord Jesus Christ. The apostle Paul knew only too well the cost of maintaining the struggle against heresy and error. He was followed by generations of church leaders, some of whom are very well-known even in our day, who had to stand fast in the face of enormous opposition, for the claims of truth. 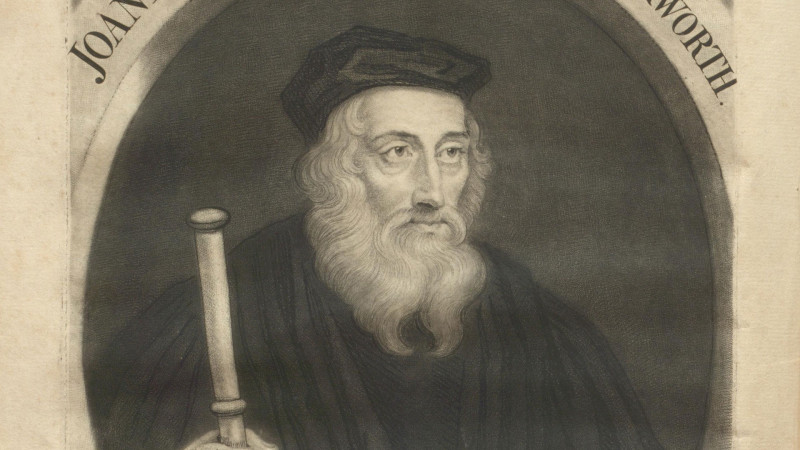 John Wycliffe - How He Anticipated the Reformers

England, and indeed Europe, in the fourteenth and fifteenth centuries was a veritable cesspit in which wickedness was rife and immorality thrived. Those entrusted to that most serious duty of guiding and nurturing souls unto perfection in Christ, led only in this respect: that they were role models of iniquity and gross excess. What is still more shameful, is that they should arrogantly bear the title of Holy Church and pretend to perpetuate that most sacred of missions entrusted by Christ to His apostles. 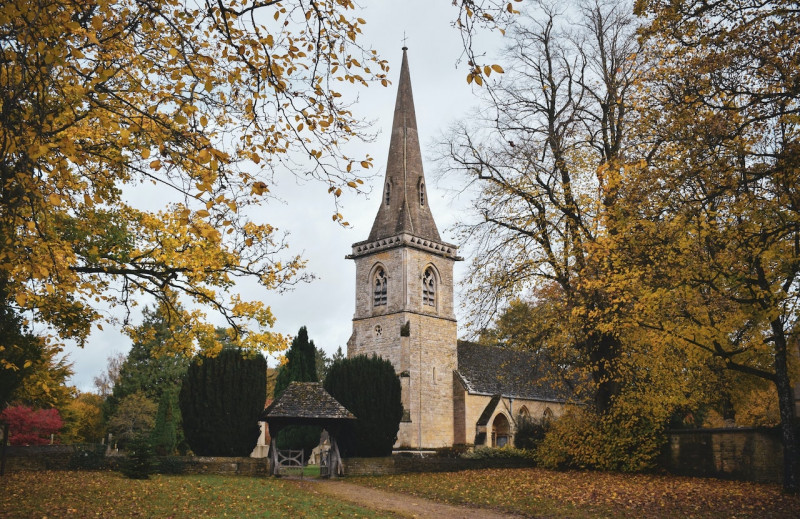 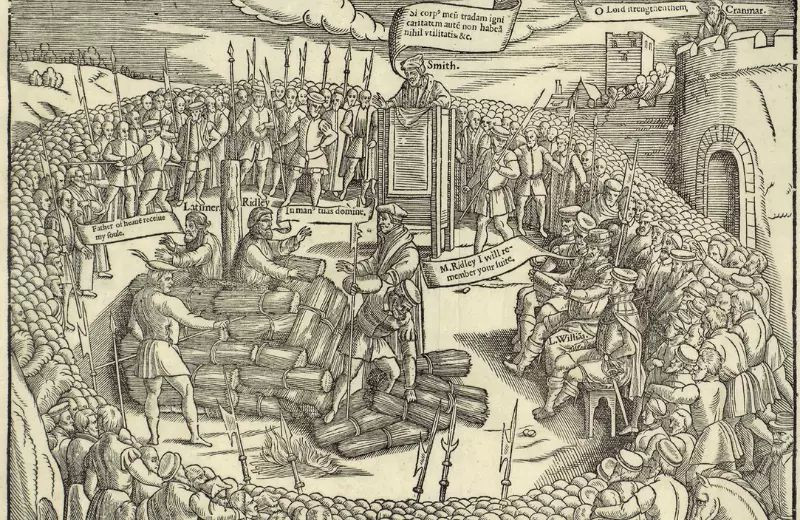 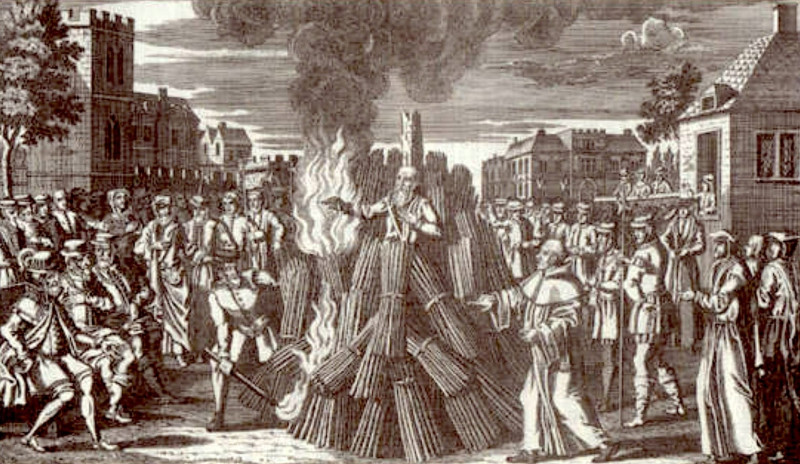 Thomas Cranmer - How He Reformed the Church of England

Born in 1489, six years after Luther, and twenty years before Calvin, Cranmer spent his early life in Aslockton in Nottinghamshire. His early education was conducted under the direction of a rather cruel papist priest, so, naturally, Cranmer imbibed all the usual superstitious idolatry associated with the mainstream pre-Reformation church at that time. 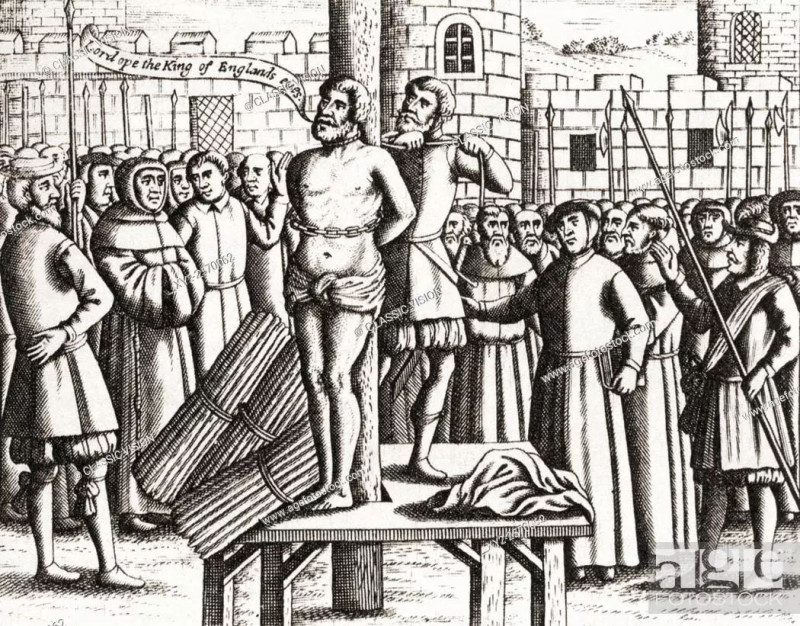 I’m afraid I am rather out of my depth with this task: I am not able to condense Tyndale’s life into a brief summary, but I would like to try to give a small glimpse into the circumstances in which Tyndale translated the New Testament and half the Old, into English, and more importantly, what motivated him to do it. 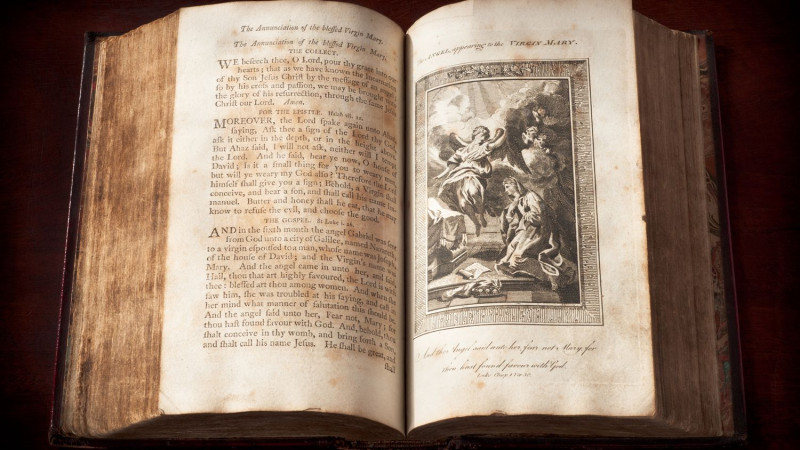 The 1662 Book of Common Prayer remains the only constitutionally legal liturgy of the Church of England and with respect to Reformed Evangelical doctrine, by far the best extant English-language liturgy.